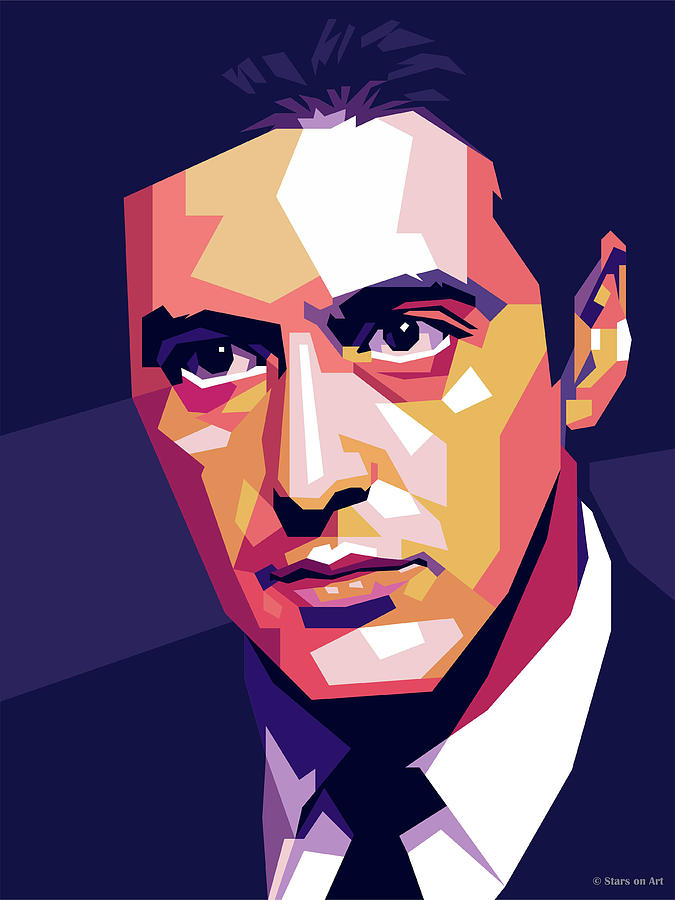 Al Pacino pop art portrait from The Godfather.
Al Pacino (1940-) is an American actor and filmmaker whose career spans over fifty years. He began studying method acting in 1966 when he was selected to study in Lee Strasberg's Actors Studio in New York.

Nice & Congrats on your successful sale :)