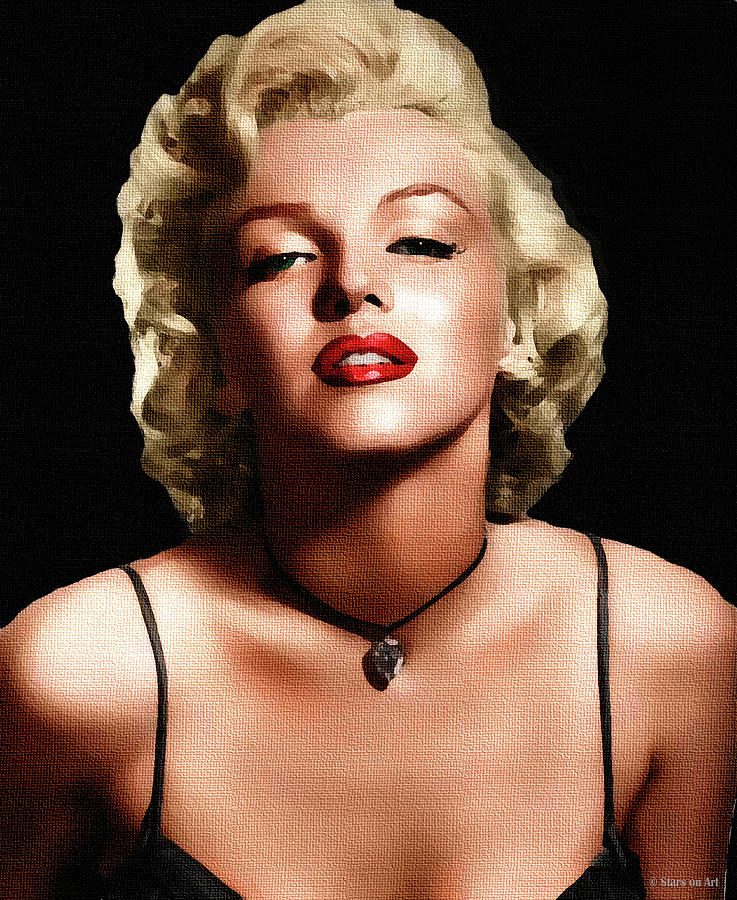 Digital painting Marilyn Monroe (1926–1962).
Monroe was an American actress known for acting in comedies as a "blonde bombshell." It made her one of the most popular sex symbols of the 1950s and early 1960s and was emblematic of the era's changing attitudes towards sexuality.

Long after her early death at age 36 from a possible suicide, she has continued to be a major pop culture icon. The American Film Institute ranked Monroe sixth on its list of the greatest female screen legends from Hollywood's Golden Age.

Art is unquestionably one of the purest and highest elements in human happiness. It trains the mind through the eye, and the eye through the mind. As the sun colours flowers, so does art colour life. -- Congratulations on your recent sale of an amazing work!