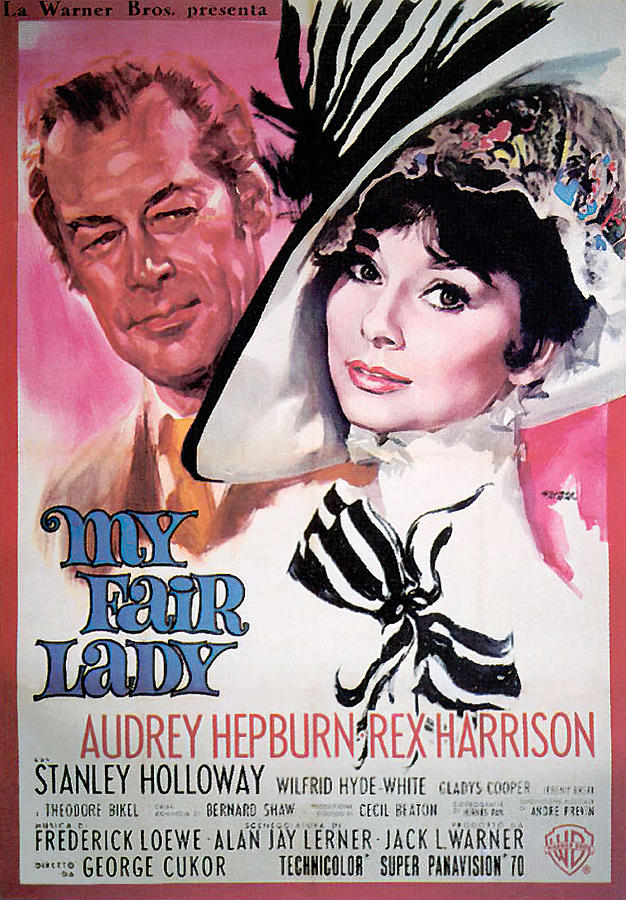 A vintage movie poster reprint of ''My Fair Lady'', with Audrey Hepburn and Rex Harrison, 1964.

Giuliano Nistri, born in Rome in 1929, was a highly successful poster artist with a background in painting, caricature, and illustration. His first poster for a feature film was in 1943, subsequently working with most major studios. He designed all the film posters for Titanus, an Italian film studio founded in 1904 which produced hundreds of Italian films.

Nistri shows in his designs how it is possible to coordinate order and dynamism in the same artwork. His compositions are extremely schematic, often scenes and characters are placed in structured rectangular bands, with the vertical or horizontal orientation that materially divides the space. This expedient gives effectiveness and clarity of reading but does not miss the movement.

The static nature of Nistri’s art is only apparent. His figures are dynamic thanks to changes in posture and facial expressions. The sometimes-monochrome portraits highlight different expressions, halfway between caricature and illustration. Some of his movie posters look almost like the covers of detective books because of the composition, even though they do not deal with genre films. Giuliano Nistri’s paintings are like curtains, opening onto a theatrical scene.

Search "Nistri" for other art.

Congratulations on your sale of this amazing work!