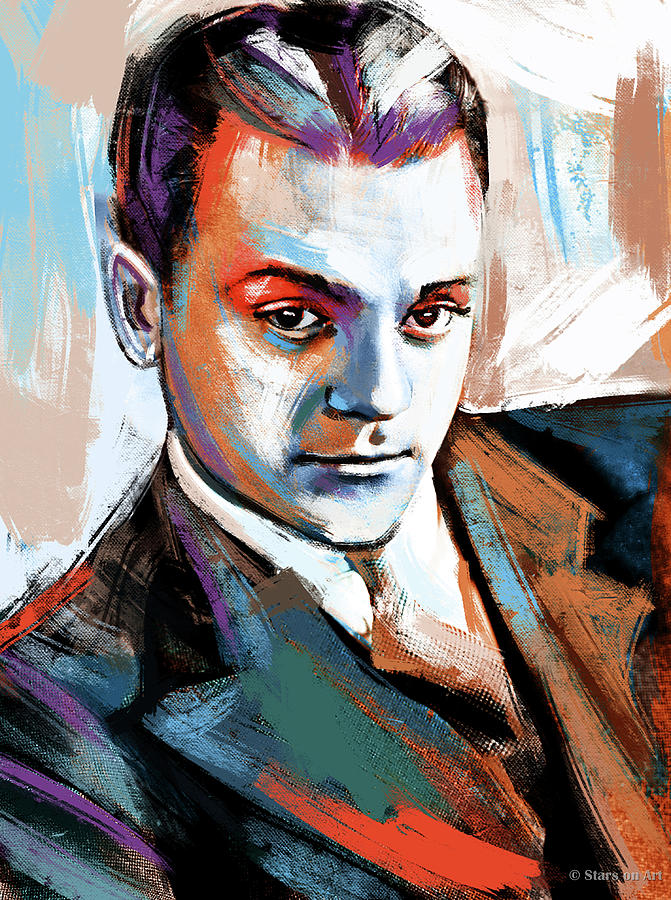 Fine art painting of James Cagney. Cagney (1899 – 1986) was an American actor. With energetic performances and a distinctive vocal style, he won significant awards for a wide variety of performances.

After signing on at Warner Brothers, he became a star within a year on the strength of his performance in "The Public Enemy" (1931) as a ruthless Prohibition gangster. It heralded the cocky, pugnacious characters he would portray in subsequent films. Despite his ordinary looks, his high energy and two-fisted vitality made him an ideal lead for the gangster films and the Depression-era's social dramas.

The American Film Institute ranked him eighth among its list of greatest Golden Age male stars. Orson Welles described him as possibly the greatest actor who ever appeared in front of a camera.

In 1974 he became the first actor to receive the Life Achievement Award of the American Film Institute. He made USO troop tours before and during World War II and was president of the Screen Actors Guild for two years.
(credit: Wikipedia)

💖💖💖“An art is a poem without words”💖💖💖 Congratulations on your recent sale of this amazing Work!