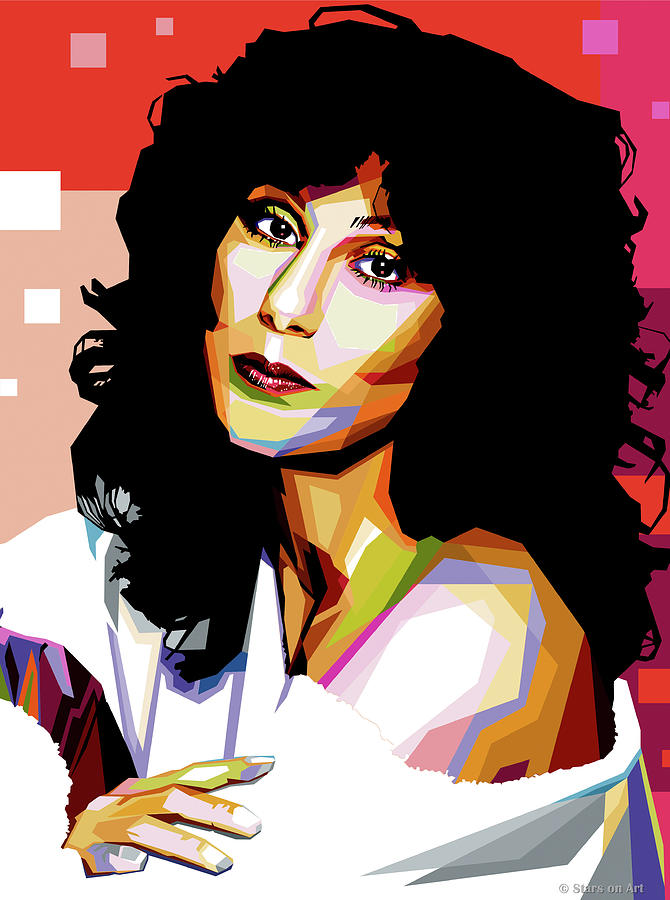 Pop art portrait of Cher. Cher (born Cherilyn Sarkisian; May 20, 1946) is an American singer, actress and television personality. Often considered the "Goddess of Pop," in a traditional male industry. Cher is known for her distinctive contralto singing voice and for having worked in numerous areas of entertainment, as well as adopting a variety of styles and appearances throughout her six-decade-long career.

Cher gained popularity in 1965 as one-half of the folk rock husband-wife duo Sonny & Cher after their song "I Got You Babe" peaked at number one on the US and UK charts. She began her solo career in singing in 1966. In the 1970s “The Sonny & Cher Comedy Hour” was watched by over 30 million viewers weekly during its three-year run

In 1982, Cher made her Broadway debut in the play “Come Back to the Five and Dime, Jimmy Dean, Jimmy Dean,” after which she starred in its film adaptation. She later received critical acclaim for her screen performances in films including “Silkwood” (1983), “Mask” (1985), “The Witches of Eastwick” (1987), and “Moonstruck” (1987), the latter of which won her the Academy Award for Best Actress.
(credits: Wikipedia)

Excellent! Congratulations on your sale!