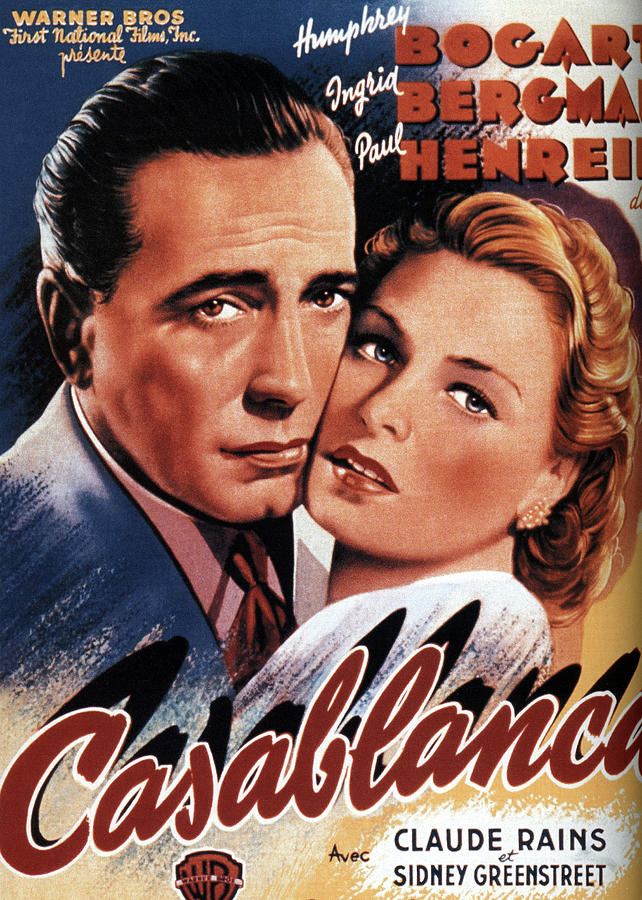 A vintage movie poster reprint of ''Casablanca'', with Humphrey Bogart and Ingrid Bergman, 1942.

William ("Bill") Gold (January 3, 1921 – May 20, 2018) was an American graphic designer who designed thousands of film posters during a 70-year career. Many of Hollywood's most prolific filmmakers commissioned Gold to create posters for their films, including Clint Eastwood, Laurence Olivier, Alfred Hitchcock, Stanley Kubrick, Elia Kazan, and Ridley Scott.

Some his most recognizable film posters are "Casablanca," "The Exorcist," and "The Sting."

Congratulations, you sold your work

“Every artist dips his brush in his own soul, and paints his own nature into his pictures.” – Henry Ward Beecher CONGRATULATIONS ON SALE!

great work! congrats on your sales!

Art provides an opportunity for kaleidoscopic thinking. Each time we shift the lens of our perceptions, we gain new perspectives — and new opportunities for innovation. CONGRATULATIONS ON YOUR RECENT SALE OF AN WONDERFUL WORK!