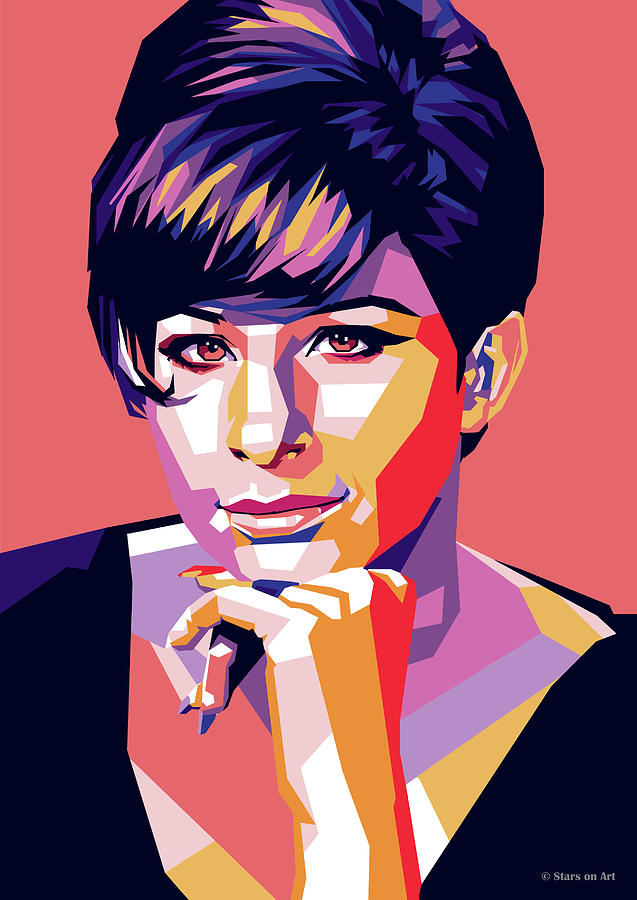 Pop art portrait of Barbra Streisand.
Barbra Streisand, born in 1942, is an American singer, actress, and filmmaker. Her career spans over 70 years, during which time she was a success in different fields of entertainment. She is one of the only stars who have won an Emmy, Grammy, Oscar, and Tony Award.

Streisand made her film debut in 1968, repeating her stage role in "Funny Girl." She proved herself equally in command of the film medium as she had been as a stage and recording star and won an Academy Award for her performance, in a tie with Katharine Hepburn. In 1970 she was presented with a special Broadway Tony Award as "Actress of the Decade."

Other films followed, including "Hello, Dolly!" (1969), "The Way We Were" (1973), "Nuts" (1987), "The Prince of Tides" (1991), and "A Star Is Born" (1976). Her film roles are notable for her vibrant personality and enormous talent, making her a top box-office attraction and the leading female screen personality. She won an Oscar in 1977 for composing the music for the song "Evergreen" in the film "A Star Is Born." making her the first woman to win an Oscar as a composer.

With the release of the film "Yentl" (1983), Streisand also became the first woman to write, produce, direct, compose, and star in a major studio film. The film won Oscars for Best Score, along with a Golden Globe for Best Motion Picture Musical. Streisand also received the Golden Globe Award for Best Director, becoming the first and only woman to win that award.
(credit: Wikipedia)

Congrats on your sale!